From WikiCU
(Redirected from Princeton)
Jump to: navigation, search 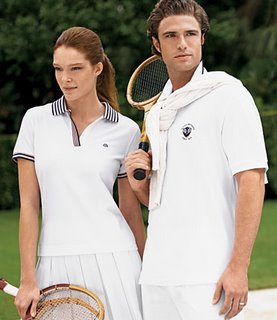 Princeton University is the Anti-Columbia. Think of it as the Ivy League Anti-Christ.

They stand for everything we hate: 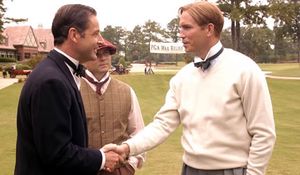 At orientation, a Princeton freshman (right) meets his butler and caddy (left) for the first time

Animosity between Columbia and Princeton first dates to the institutions' very origins. When Princeton (which only acquired its regal name as an afterthought - it was originally known, in rather less than a coup of creativity, as the "College of New Jersey") was established as an outpost of Presbyterian thought in America, Church of England officials freaked and decided to gain the upper hand by planting an Anglican center of higher learning in a far more desirable location. Hence King's College, Columbia's predecessor, was born. While neither school's original religious affiliation really means much anymore, Columbians continue to be horrified by Princeton's less exciting environs.

Later in the colonial period, Princeton had the temerity to reject the application of Alexander Hamilton, who went on to study at King's. Hamilton eventually returned Princeton's favor by firing a cannon at Nassau Hall during the Battle of Princeton in the Revolutionary War when the British refused his order to surrender the building. Within minutes of Hamilton's devastating bombardment, they trooped out, hands in the air.

Princeton subsequently graduated Aaron Burr, who was so upset at the inferior quality of his education that he killed Hamilton in a jealous fit of rage. This was one of many reasons that the Philolexian Society declared war on Princeton in 1987.[3]

During the 19th century, Princeton was known as the Ivy of choice for slaveowning southern families and, later, Confederate veterans' sons. A Princeton alumni magazine article acknowledges this fact by claiming the university was, during the civil war, "in the Confederacy's service".[4] Princeton affiliates were involved in the design of the Confederate flag and seal, and more Princeton alumni died fighting for the Confederacy than for the Union.[5] Alumni of both Princeton and the war would go on to be active in the KKK.[6] Woodrow Wilson, who imposed forced segregation on the federal government and dragged the U.S. into the pointless slaughter of the First World War, first came to power as president of Princeton from 1908-1910. As late as 1935, the school newspaper described the university as "the northernmost outpost of southern culture". During the heyday of Jim Crow, this was even less a compliment than it sounds today.

Later in the 1930s, apparently deciding Princeton's reputation wasn't quite racist enough, the university's freshmen voted Hitler "greatest living person alive". This may have been forgivable if they hadn't done so again, in November 1939 - after Hitler had already invaded Poland and after Britain and France had declared war on Germany. Their choice might have also made even a little more sense if Princeton students hadn't voted Hitler superior to both Einstein and Gandhi.[7]

Princeton's support both for the Confederacy and Nazism represented the culmination of a long tradition of the school's affiliates shooting themselves in the face, sometimes literally.[8]

In 1970, Bob Dylan accepted an honorary degree from Princeton, but the experience repulsed him so much that he wrote a song imagining that season's cicada boom was actually a plague of locusts descending on the school.[9] Later, playwright Tony Kushner ridiculed Princeton during his 2004 Class Day address. Admittedly, that wasn't exactly very hard to do.

According to an even more reliable source, Princeton's response to other Ivy League schools' recent increases in financial aid was "Aid...isn't that what gay people get?"

How Princeton got to be as prestigious as Harvard and Yale is mysterious, given its academic situation. The school gives an extremely high priority to undergraduate education, but has not the physical resources/intellectual capacity to harbor academics which extend beyond the undergraduate level. Hence, Princeton lacks a business school, medical school, and law school[10]; what little graduate "research" that goes on takes place almost entirely in the humanities. The pride of graduate academics at Princeton is the Woodrow Wilson School of International and Public Affairs, but it can hardly be considered as more than a pale imitation of Columbia's SIPA.