From WikiCU
(Redirected from WikiCU)
Jump to: navigation, search 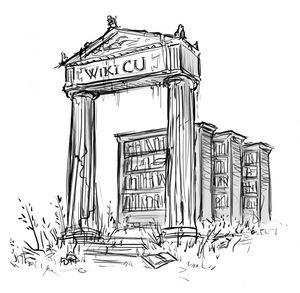 Going forward, Sam Aarons has transitioned control to Bwog.[12] ESC had a user account, which they were using to make many edits during 2019 and 2020.

After several years of inactivity, WikiCU went down in the summer of 2020. This was due to an update to Bwog's backend, which also broke this site. Bwog then partnered with ESC to revive WikiCU, and in September 2020, Bwog and ESC co-hosted the Wikithon 2020.

WikiCU is powered by MediaWiki software, which records several statistics. As of this moment, the wiki has 4,194 useful articles, or 11,843 if you count all the shorter articles, redirect pages, talk pages, and so on. The wiki also has 2,062 images and other uploaded files. So far, 1,636 users have registered, and 7 have additional administrative powers including the ability to fly.