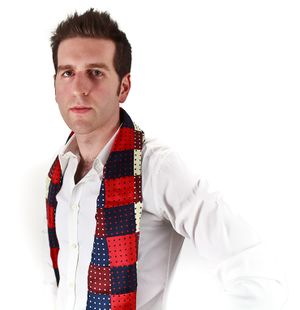 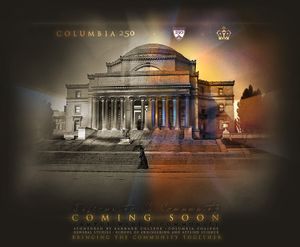 Adam Goldberg SEAS '06/07 was the founder of CampusNetwork and Carsplit. He served on the Engineering Student Council for 4 years.

Goldberg, originally of the Class of 2006, served as president of the freshman engineering class in 2002-2003, was elected VP-Internal of ESC e-board his sophomore year[1], and suceeded to the ESC presidency his junior year, with the likelihood of repeating as president the following year, becoming the first two-term student government president at Columbia since Michael Novielli. However, Goldberg resigned in September of 2006 in order to take a leave of absence to focus on developing CampusNetwork.[2]

During Goldberg's tenure on student council, he was credited with:

Goldberg returned to Columbia as a member of the Class of 2007 and accepted a position on the ESC as Director of Technology. From that position he launched a losing battle to get ESC to hold direct elections. He resigned, graduated, and has since moved on to other stuff.[3]

Goldberg was known for his prolific web design output, having developed a new website for ESC during his freshman year and following that up with his best known project on campus, the fledgling SEASCommunity.[4] The site was relaunched in January of 2004 as CUCommunity, an e-community that rapidly developed a small but fiercely loyal user-base. CUCommunity had the misfortune of being overshadowed by the launch of Facebook at Columbia. Relaunched as a national social networking site called CampusNetwork in Fall 2004, it failed to gain much traction, and eventually folded. Goldberg, who had left Columbia and moved to Montreal with Wayne Ting to develop the project, returned to school in 2005.

Goldberg also worked on sites including Carsplit, Facemix, Friendex (a 'Facebook' site for High School that predated Facebook's own entry into the market, which was terminated by Goldberg as a favor to Facebook founder Mark Zuckerberg).[5] Goldberg also created the first prototype for WikiCU from a server in his dorm room in 2006.

Due to Goldberg's excessive internet traffic, he received special permission from Dean Zvi Galil to be added to the CUIT bandwidth exception list from 2003 - 2007, thus allowing him to develop from his dorm room.

Following his graduation, delayed because of the time he took off to work on CampusNetwork, Goldberg spent two years studying languages in France and Argentina. In 2009 he was announced a Founder’s Fund Tech Fellow[6] and was awarded $50,000 for his development of Topic.org which is slated to launch sometime in 2010[7].