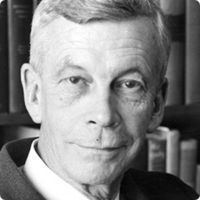 Mark Van Doren PhD '20 was a poet and literary scholar and pioneer of the early Core Curriculum. He began his work developing the Core by teaching John Erskine's General Honors course with Mortimer Adler. He would later develop the Humanities A course, the predecessor to Lit Hum, and taught it for 17 years. In the course of his tenure as a Columbia faculty member, Van Doren taught and inspired many future writers and figures in the literary world, including poets Louis Simpson, Richard Howard, John Hollander, John Berryman, Thomas Merton, Robert Lax, Robert Giroux, and Allen Ginsberg. He did not give up teaching fully until 1959, following the Quiz Show scandal involving his son Charles Van Doren.

His office in Hamilton Hall was room 306, which he shared with Raymond Weaver. Lionel Trilling worked next door in 205.[1]

The Mark Van Doren Award is named for him.