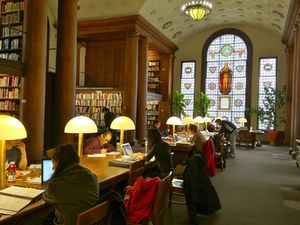 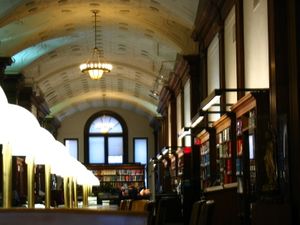 The library is open during the Fall 2020 semester, but you need to reserve a seat in advance. The Mezzanine seats offer second-floor views of the library.