He has been involved with The Nationalist Movement, which advocates keeping out non-whites. Columbia On-Line faults activist for cell-phone usage

NEW YORK - Columbia University On-Line has taken several pot-shots at Alfred Zaragoza, a former student aligned with the Nationalist Franco-government of Spain. Zaragoza was faulted because he "had been associated with The Nationalist Movement while studying pre-law and political science at Centenary College in Hackettstown, New Jersey." Also, "while at Columbia University, Zaragoza had been active in the organization Students United For America to bring ROTC back to the Columbia Campus."

Columbia On-Line credits Zaragoza, who traces his ancestry to Spain, for making "a personal agenda item to remove the leftist-element from Columbia, targeting the Columbia Student Solidarity Network and its member organizations, International Socialist Organization, Columbia Students Against Sweatshops, etc., citing the organizations as a threat to free speech." What chafed the editorial-writers most was that Zaragoza was adept at using a cell-phone, so they dubbed him the Angry Cell-Phone Guy. Zaragoza had become legendary for marching in the Nationalist Independence Day Parade at Morristown, New Jersey.

Student-Spaniard vies for Nationalism against Communism

The Angry Cell-Phone Guy, aka Alfredo Puyol Zaragoza (commonly known as Valcarcel), GS '05, roamed the Columbia Campus several years ago pretending to be talking to people on his cell phone. He would yell orders down the phone like "You're fired!" One day he was standing outside Butler doing his stunt when his phone started ringing. From this day forth, he was ridiculed at large. The Fed wrote an article about him. He was also an active participant on and major factor in the destruction of CampusNetwork.

Prior to his time at Columbia University, Alfredo had been associated with Richard Barrett's Nationalist Movement while studying pre-law and political science at Centenary College in Hackettstown, NJ. While at Columbia University, Alfredo Zaragoza was active in the organization, Students United For America (formerly Students United For Victory), working with MilVets vice president emeritus, Eric Chen on bringing ROTC back to the Columbia Campus. He had also made it a personal agenda item to remove the "leftist" element from Columbia, targeting the Columbia Student Solidarity Network (CSSN) and its member organizations, International Socialist Organization, Columbia Students Against Sweatshops, etc, citing the organization as a threat to free speech.

Towards the end of his Columbia University career, Zaragoza began an email campaign to have Columbia professors removed from their teaching positions for communicating representations of Franco Spain that were hostile towards his view of the fascist dictator of Spain. He also on numerous occasions threatened students on the Columbia social networking site CampusNetwork with legal action; the charges including libel and internet defamation. Legal threats were emailed to students from a Hotmail account which served as Zaragoza's legal outlet for the Madrid Ministerio de Justicia.

Students for an Orwellian Society is especially pleased to note the presence on today's panel of Mr. Alfred Zaragoza, who has made some truly impressive contributions towards the bringing about of an Ingsoc society. Mr. Zargaoza has been involved with the Nationalist Movement, which advocates, among many other things, quarantines of HIV+ people, racial preferencing in immigration to keep out non-whites, the abolition of the Civil Rights Acts and the Voting Rights Act, racial profiling in police work, and militias to prevent undocumented immigrants. It claims the anti-Semite Henry Ford, segregationist Paul B. Johnson, and rabid anti-communist Joeseph McCarthy as its spiritual antecedents. More information on this group is available at its own website, nationalist.org, especially notes Mr. Zaragoza's previous public statement that Rev. Jerry Falwell is "too compromising about the Bible, especially about keeping nationalities separate and bloodlines pure." The counter-Ingsoc group Anti-Racist Action has targeted Mr. Zargaoza on its website.

How does a guy associated with a white supremacist organization get in to Columbia? Feinstein 20:08, 13 March 2007 (PDT)

Does anyone have the CampusNetwork photo of his head on a dog's body? The one over which he threatened to kill people. Reaganaut 07:22, 10 April 2007 (EDT)

Remember the various pictures of "Accidents" he posted with veiled threats at his "enemies"? I remember the horse through a windshield photo. That was lovely. Absentminded 13:54, 10 April 2007 (EDT) 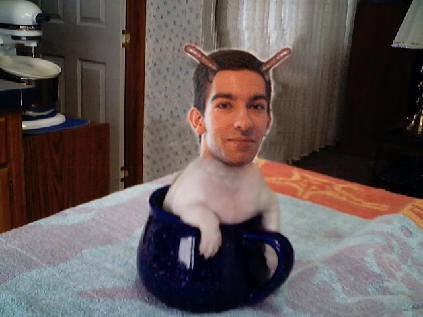 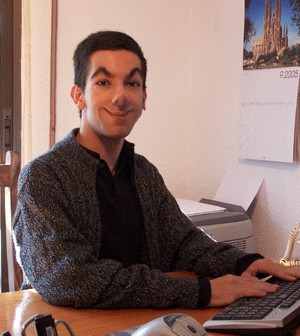 Never though I would see this page updated again. Too bad Alfredo is the least reliable source about himself. Feinstein 13:56, 9 January 2010 (EST)