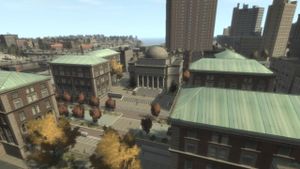 Varsity Heights: a quaint academic retreat in the heart of Liberty City. 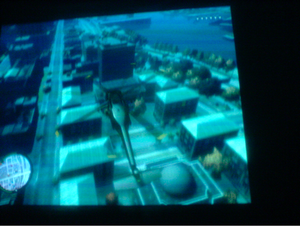 Varsity Heights is a neighborhood of Liberty City, the mockup of New York City that serves as the virtual world of the video game Grand Theft Auto IV. The neighborhood is more or less a replica of Morningside Heights, or at least the Columbia campus.

Residents of Varsity Heights can be heard talking about Global Warming and drop more cash than usual when murdered.

Naturally, the only conclusion one can draw from this is that Columbia is the only university in the world good enough to have its campus featured in the biggest selling game of the year. It should be further noted that Washington Square Park (and by extension, a certain adjacent educational institution) is conspicuously absent from the game.