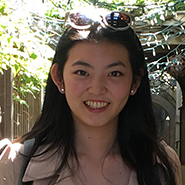 Alina Ying SEAS '21 is from San Jose, California and is a Computer Science major.

Alina was elected to the Engineering Student Council as the Student Body President for 2019-2020 in her junior year, along with her Executive Board party SEAS the Change Δ. She has also held the positions of Sophomore Class President and First-Year Vice President. Throughout her years on council, she has consistently chosen to be on Policy Committee.

During Alina's term, she increased undergraduate involvement in recognizing Indigenous People's Day, the University's Second Sustainability Plan, expanding access for the Mudd engineering building, shifting the Makerspace to a bigger space, and important COVID-19 measures. Her term was extended to Fall 2020 after CEC chose to delay elections, resulting in deciding F@CU allocations twice.

She mainly pursued and took part in the following: